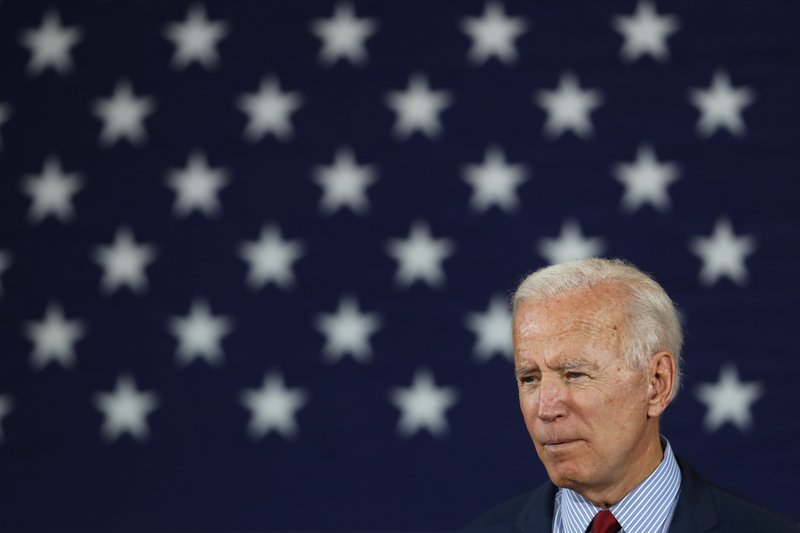 After a month in office, the Biden administration doesn’t appear to have a Syria policy.

However, no solid policy has yet been announced by his administration. It has yet to appoint a replacement for Ambassador James Jeffrey for the position of United States Special Representative for Syria Engagement. On January 25, Aimee Cutrona, the Deputy Assistance Secretary for Levant Affairs, was appointed to serve the interim role of Acting Special Representative for Syria Engagement.

Analysts consulted by Ahval News shared their views of what a Biden policy towards Syria could possibly look like.

“I cannot predict who would replace Jeffrey, but, if this delay is any indicator, Syria is not a priority in the Biden administration’s foreign policy agenda,” said Abdulrahman al-Masri, Nonresident Fellow at the Atlantic Council’s Rafik Hariri Centre and Middle East Programs.

“Aside from the fatigue that many western policymakers appear to feel with regards to the Syria case, the United States face serious limitations on foreign policy choices – from strategic competition with China to renegotiating the JCPOA [Iran nuclear deal] and rebuilding alliances,” he added. “I doubt that Washington would allocate many resources and efforts to address the Syrian conflict in the short-to-medium term.”

Al-Masri also pointed out that replacing Jeffrey would not be easy, since that special position is a delicate one requiring a diplomat who understands “the dynamics of the conflict but also capable of addressing the competing agendas”.

Competing agendas include challenges posed by Iran and Russia and the necessity of balancing U.S. relations between the Kurdish-led Syrian Democratic Forces (SDF) and Turkey, as well as continually combating the Islamic State (ISIS).

“They may be still assessing who can best serve in this post,” he said.

Professor Joshua Landis, head of Middle East Studies at the University of Oklahoma, doesn’t believe that Syria is “a high priority” for Washington.

“Trump largely handed off its Syria policy to Turkey and Israel,” he said.

Biden, he added, will likely “continue with Trump’s policy of turning Syria into a quagmire for Russia and Iran.”

The United States will continue to deny Damascus oil, agriculture, land and reconstruction,” Landis said. “It will continue to crush its economy with sanctions and pressure allies to isolate the government.”

Washington can do this by retaining its troop presence in the country in support of the SDF-controlled quasi-independent northeastern regions and supporting Turkey’s occupation of swaths of Idlib, North Aleppo, and a chunk of the northeast Turkey seized from the SDF in October 2019.

“It will also continue to support Israel’s bombing raids on Assad’s military and any Hezbollah or Iranian troops or advisers in the country,” Landis said.

“Turkey has many ways to pressure the United States in Syria,” he added. “The Biden administration, like the administrations that preceded it, will discover that it needs to work with Turkey, a NATO partner and a much needed, if errant and fickle, ally in the region.”

Mustafa Gürbüz, Senior faculty in the Arab World Studies program at Washington D.C.’s American University, believes the administration’s priority will be securing the United States’ foothold in northern Syria since any power vacuum could become filled by Iran.

“As the negotiations with Iran will be the most sensitive issue for the new administration, any potential weakness in Syria is seen as too risky,” Gürbüz said. “That is why Biden’s executives will likely be less tolerant for Turkish military and intelligence operations in northern Syria.”

“Such incompatible perspectives in Syria, however, may keep Washington acquiescent about Turkish military operations in Iraqi Kurdistan,” Gürbüz said. “To appease Turkish concerns, the Trump administration gave a green light for Turkey’s increasing militarization on Iraqi soil, and the Biden team may not be ready to shift the gears.”

Whatever approach Biden takes, al-Masri believes it would “most definitely” differ significantly from Trump’s policy – or lack thereof.

“We can expect more consistency that can contribute to the stabilization of tensions in key regions,” he said. “Whether the Biden administration is going to be different from Obama’s, that’s to be seen.”

While he believes we’ll ultimately have to “wait and see” what exact strategy the new administration will take vis-a-vis Syria, it’ll “unlikely be too different.”

This leads to the general underlining problem: Washington has “almost never had a strategy dedicated solely towards the Syria conflict.”

“The United States’ Syria strategy has been contingent on other foreign policy schemes, be that the deal with Iran, the tenuous relations with Turkey, or countering Islamic State and al-Qaeda,” al-Masri said. “In this light, how the Biden administration responds to challenges as they emerge in the coming months would be revealing to its strategy and level of commitment.”

While Trump acquiesced to Turkey’s military campaigns against the SDF, al-Masri expected Biden to be more assertive on maintaining the peace in the northeast and deploying more “diplomatic tools in this regard”. Such tools could include facilitating an understanding between the United States and Turkey on border security in parts of northern Syria.

“Other than the U.S. troops’ presence, American leverage tools in this region are increasingly shrinking, particularly as Russia warms its relations with Syrian Kurds, attempting to play a mediating role and replacing the United States in this regard,” al-Masri said.

Süleyman Özeren, a Turkey expert at George Mason University, said the biggest question regarding a Biden policy was whether the administration will choose a more assertive policy in Syria or a restrained one.

“The Biden administration’s Syria strategy will differ from that of Trump’s, a unilateral and one-man show,” he said. A key difference would most likely be “the style in diplomacy and narrative”.

The Biden administration wants to “compartmentalize” areas of tensions regarding Russia’s support of the Syrian government, Turkey-SDF tensions, a potential resurgence of the Islamic State, and the ongoing Syrian refugee crisis.

“The Biden administration would seek more direct involvement from the Europeans, given Biden’s confidence-building efforts with the European Union and NATO,” Özeren said.

He predicts that Biden will retain troops in Syria and increase, albeit not substantially, the U.S. troop presence in particular areas while pursuing a de-escalation policy between Turkey and the SDF.

While the United States pursued different mechanisms to deconflict with Turkey in the past, Ankara’s foreign policy regarding Washington has proven more than assertive, “almost hostile,” in recent years.

“Unless Ankara makes significant shifts in its current stance and attempts to cooperate with the United States, there is not much hope on the horizon for the Biden administration,” Özeren said.

There will undoubtedly be one key distinction between this administration over Trump’s regarding U.S.-Turkey relations, he said. “Unlike Trump, Biden will not be ‘one phone call away’ for (Turkish President Recep Tayyip Erdoğan).”

Paul Iddon is a freelance journalist based in Erbil, Iraqi Kurdistan who writes about Middle East affairs.