How Did Turkey’s Economy Go So Wrong? – New York Times 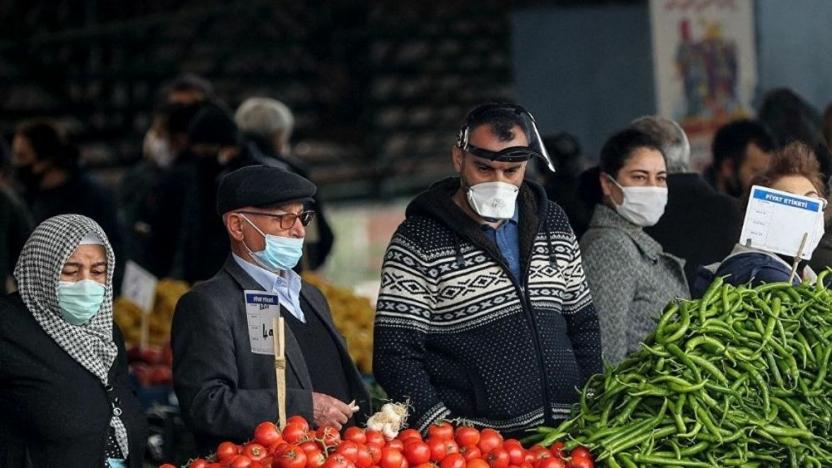 « Even before the pandemic, Turkey was trying to ward off financial meltdown. The crisis has accelerated as President Recep Tayyip Erdogan has doubled down on his unorthodox policies » reports Patricia Cohen in New York Times.

The signs of Turkey’s disastrous economy are all around. Long lines snake outside discounted bread kiosks. The prices of medicine, milk and toilet paper are soaring. Some gas stations have closed after exhausting their stock. Angry outbursts have erupted on the streets.

Even before the coronavirus pandemic and supply chain bottlenecks began walloping the world’s economies nearly two years ago, Turkey was trying to ward off a recession as it struggled with mountainous debt, steep losses in the value of the Turkish lira, and rising inflation. But in recent weeks that slow-moving train wreck has sped up with a ferocious intensity. And the foot that’s pushing hardest on the accelerator belongs to the country’s authoritarian president, Recep Tayyip Erdogan.

Why is this happening now?

Turkey’s economic problems have deep roots but the most recent crisis was caused by Mr. Erdogan’s insistence on lowering interest rates in the face of galloping inflation — precisely the opposite tactic of what economists almost universally prescribe.

Mr. Erdogan, who has ruled Turkey for 18 years, has long resisted that particularly painful prescription, but his determination to keep cutting interest rates even as the country’s inflation rate tops a staggering 21 percent appears to be pushing Turkey past a tipping point.

Normally, investors and others look to a nation’s central bank to keep inflation in check and set interest rates. But Mr. Erdogan has repeatedly shown that if Turkey’s central bankers and finance ministers won’t do what he wants, he will get rid of them, having already fired three in two years.

The value of the lira has nose-dived in recent weeks, and on Monday hit a record low — reaching 14.3 to a dollar, from about 7 to the dollar earlier this year — pushing some businesses and households that have borrowed money from abroad into bankruptcy. The currency’s steep decline means prices for imported goods keep rising. Shortages are common and people are struggling to afford food and fuel. The youth unemployment rate is 25 percent. The president’s popularity is sinking and his opponents have become emboldened.

With an election coming up in 18 months, Mr. Erdogan seems convinced that his strategy will enable the Turkish economy to grow out of its problems. Most economists, however, say a crash is more likely.

When did Turkey’s economic problems begin?

Mr. Erdogan’s aggressive pro-growth strategies have worked for him before. Since he began governing Turkey in 2003, he has undertaken expensive infrastructure projects, courted foreign investors and encouraged businesses and consumers to load up on debt. Growth took off.

“Turkey was considered to be an economic miracle” during the first decade of Mr. Erdogan’s rule, said Kadri Tastan, a senior fellow at the German Marshall Fund based in Brussels. Poverty was sliced in half, millions of people swelled the ranks of the middle class, and foreign investors were eager to lend.

But Mr. Erdogan’s relentless push to expand became unsustainable. Rather than pull back, however, the giddy borrowing continued.

The increasingly unstable economy was caught in a bind. High interest rates attracted foreign investors to accept the risk and keep lending, but they would stunt growth. Mr. Erdogan was unwilling to accept that trade-off, and continued to support cheap borrowing as inflation took off and the currency’s value declined.

And he insists that high interest rates cause inflation — even though it is low interest rates that put more money into circulation, encourage people to borrow and spend more, and tend to drive up the prices.

“Erdogan has his own economic philosophy,” said Henri Barkey, a fellow at the Council on Foreign Relations.

The economy seesawed between these conflicting goals until 2018 when growing political tensions between Turkey and the United States caused the value of the lira to topple.

When the chief of the central bank resisted pressure from the president to lower the 24 percent interest rate in 2019, Mr. Erdogan fired him, the beginning of a pattern.

To prop up the lira, Turkish banks began selling off their reserves of dollars. Those stocks of dollars are now running low.

The global economic slowdown caused by the coronavirus pandemic has added to the strains by limiting the sales of Turkish goods around the world. Tourism, which was one of Turkey’s most dynamic sectors, has also been badly hit.

What is President Erdogan’s approach to interest rates and what do economists say?

By keeping interest rates low, Mr. Erdogan argues that consumers will be more eager to keep shopping and businesses will be more inclined to borrow, invest money in the economy and hire workers.

And if the lira loses value against the dollar, he says, Turkey’s exports will simply become cheaper and foreign consumers will want to buy even more.

That is true to some degree — but it comes at a heavy price. Turkey is quite dependent on imports like automobile parts and medicine, as well as fuel and fertilizer and other raw materials. When the lira depreciates, those products cost more to buy.

At the same time, Mr. Erdogan’s disdain for conventional economic theory has scared off some foreign investors, who had been eager to loan Turkish businesses hundreds of millions of dollars but now are losing faith in the currency.

And the lower rates go, the faster inflation rises. Over the past year, the lira has lost more than 45 percent of its value, and the official inflation rate has surged past 20 percent, although many analysts believe the rate on the streets is much higher.

By comparison, an inflation rate of 6.8 percent so far this year in the United States (the highest in nearly four decades) and a 4.9 percent rate in the eurozone are enough to set off alarms.

In Turkey, skyrocketing prices are causing misery among the poor and impoverishing the middle class.

“We can’t make a living,” said Mihriban Aslan, as she waited on a long line to buy bread in Istanbul’s Sultangazi district. “My husband is 60 years old, he can’t work much now.” He has a small pension of 1,800 lira — which at the moment is worth about $125. “I sometimes do needle work at home to bring in extra money,” she said.

Businesses would rather hoard goods than sell them because they don’t think they will be able to afford to replace them.

Ismail Arslanturk, a 22-year-old cashier at a neighborhood grocery shop, complained that the price of green lentils has nearly doubled. “I don’t believe the economy will be fixed after this point,” said Mr. Arslanturk, who added he was forced to leave high school to help support his family. “I am hopeless.’’

What has Erdogan’s response been to the intensifying crisis?

The president has doubled down on his approach, asserting he will “never compromise” on his opposition to higher interest rates. “Interest rates make the rich richer, the poor poorer,” he said in an interview on national television last month. “We have prevented our country from being crushed in such a way.”

The president has invoked Islamic precepts against usury and referred to interest charges on loans as the “mother and father of all evil,” and blamed foreign interference for rising prices. Analysts like Mr. Barkey of the Council on Foreign Relations said that such comments are primarily aimed at appealing to more conservative religious segments of the country that represent the core of Mr. Erdogan’s support.

Turkey’s fundamental problem, Mr. Barkey maintains, is that it has an overly confident ruler who has been in power for a long time. “He believes in his omnipotence and he’s making mistakes,” Mr. Barkey said, “but he’s so surrounded by yes men that nobody can challenge him.”

Patricia Cohen is the Global Economics Correspondent based in London. Since joining The Times in 1997, she has also written about theater, books and ideas. She is the author of “In Our Prime: The Fascinating History and Promising Future of Middle Age.”