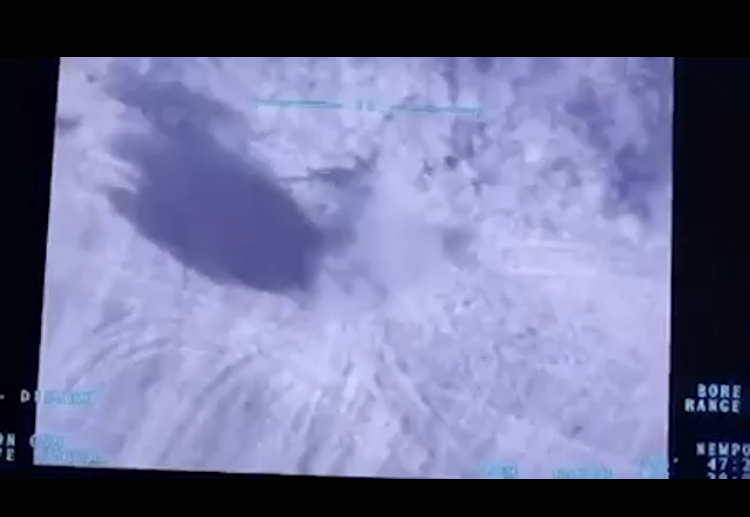 “Ankara’s drone sales to Kiev have angered Moscow. A military escalation in and around Ukraine would endanger Turkey’s relationship with Russia, impair its participation in NATO operations, or both” says Marc Pierini in Carnegie Europe.
Turkey’s military industry has made considerable progress in recent years and has started locally producing some of its most critical equipment. The intention is to achieve self-sufficiency as soon as possible and to use or export this weaponry as a tool of influence on the international scene. As understandable as it may be, this policy is difficult to manage in turbulent times.

Because it is a NATO country, and because Russia has been building a strategic relationship with Ankara since 2016 to counter NATO on missile defense, Turkey’s decisions will be watched carefully in Moscow, Washington, and Brussels should the Ukraine-Russia crisis escalate.

Here’s why. First, Ukraine purchased Turkish-made Bayraktar TB2 armed drones and has already used them to strike pro-Russian separatist forces in Donbas. This triggered a sharp reaction from Moscow. The continuation of such sales, including ammunitions and maintenance operations, now creates the additional risk of Russian strikes against Ukrainian bases operating the drones. On the other hand, as an affirmation of Turkey’s support for Ukraine (complementing a long-standing condemnation of Russia’s annexation of Crimea), this type of military cooperation enhances Turkey’s standing as a NATO member.

Second, Turkey’s possible participation in NATO-wide sanctions against Russia would deeply affect the Kremlin’s perception of Ankara’s positioning. As seen in other NATO decisions, Turkey would of course have the right to limit its involvement to certain aspects of the sanctions regime or even to opt out, but the political damage would still be considerable in the eyes of both Moscow and Washington.

Third, U.S. and NATO activities in the Black Sea and over Ukraine are bound to intensify for intelligence and deterrence purposes, raising the question of Turkey’s participation in, for example, combined NATO operations at sea or in the air. Will Ankara allow its frigates or air tankers to take part in such operations?

This question reflects the multifaceted relationship between Turkey and Russia—also described as a “complex pas de deux”—which could suffer in multiple ways from a deterioration of the Ukraine-Russia crisis.

Moscow has options: action against Turkish-made military equipment used by Ukraine; economic counter-sanctions on Turkey (Russian tourism and agricultural imports were stopped during past crises); a hardened stance in northern Syria against Turkish troops and internally displaced Syrians near the Turkish border.

Juggling relationships with the Kremlin, the White House, and NATO has aptly been described as “Erdogan’s greatest challenge yet” and prompted several offers of mediation.

There is the bigger picture.

Ankara has made a political choice to strike a new equilibrium between its seventy-year membership of the North Atlantic Alliance and its new strategic links with Moscow. An open confrontation between Russia and Ukraine would inevitably call into question this rebalancing policy. Ankara’s intended diplomatic role is at stake: why would Moscow accept Ankara’s mediation role if the Turkish military contributed to NATO operations in, say, the Black Sea?

Russia’s military-diplomatic strategywould also come into play. In line with its perception of a hostile encirclement by NATO, Russia had successfully used Turkey in 2019-21 to score points against NATO by selling Ankara Russian S-400 missiles, blocking any future sale of U.S.-made Patriot systems and, by virtue of the U.S. sanctions, getting rid of the planned sale and deployment of at least 100 F-35 stealth fighters.

For the Kremlin, this was a positive game changer on its southern flank, but it is now seeing Turkish-made drones used against its proxies in Donbas and could soon see Turkey associating itself to NATO sanctions and operations.

Moscow will probably tackle Ankara’s moves in a NATO context, for example by exerting pressure against an increased Turkish naval presence in the Black Sea. It will also want to continue its relationship on missile defense. And it could opt for increased cooperation in areas where the two countries are potential competitors—in Libya and sub-Saharan African countries like Mali—in order to put Turkey on an anti-Western trajectory wherever possible.

In the eyes of NATO allies, Turkey still needs to resolve the S-400 missile crisis and is seen as playing the role of a faithful ally in the standoff over Ukraine as a means of mending fences with Washington.

In Turkey, the remarkable progress in drone technology, with combat-proven performances in Libya, Syria, Azerbaijan, and Ukraine, proves to be both a political blessing and a curse. While it boosts the country’s standing on the international scene, it draws criticism and prompts calls for a carefully crafted policy.

More fundamentally, given the delicate economic and political situation, Turkish President Recep Tayyip Erdoğan will probably use the Ukraine-Russia crisis to vaunt its augmented military capabilities, its political relationship with both the West and Russia, and its mediation capabilities. The potential domestic benefits are easy to comprehend, but the risks on the international stage are immense.

For Turkey, striking a new balance between Russia and the West continues to be a delicate juggling act. Ukraine is now a critical test.