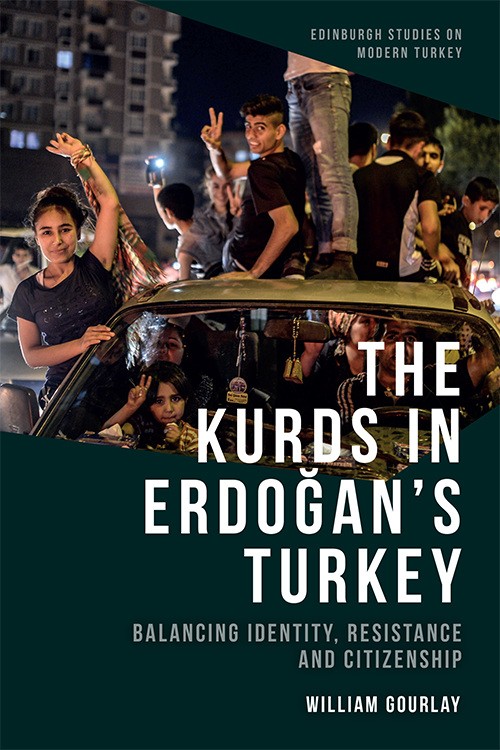 “This book examines the circumstances of the Kurds in 21st century Turkey, under the hegemony of the AKP government. After decades of denial, oppression and conflict, Kurds now assert a more confident presence in Turkey’s politics – but does increasing visibility mean a rejection of Turkey?

Recording Kurdish voices from Istanbul and Diyarbakır, Turkey’s most important Kurdish-populated cities, this book generates new understandings of Kurdish identity and political aspirations. Highlighting elements of Kurdish identity including Newroz, the Kurdish language, connections to religion, landscape and cross-border ties, it offers a portrait of Kurdish political life in a Turkey increasingly dominated by its president, Recep Tayyip Erdoğan. Within the context of Turkey’s troubled trajectory towards democratisation, it documents Kurdish narratives of oppression and resistance, and enquires how Kurds reconcile their distinct ethnic identity and citizenship in modern Turkey.”

William Gourlay is a Teaching Associate at the School of Social Sciences, Monash University. His work has appeared in a number of key journals, including the Journal of Muslim Minority Affairs, Middle East Critique and Ethnopolitics as well as Australian press. This is his first book.

Conceiving Turkishness in the Republic of Turkey

Identity and difference in flux: the Gezi Park protests

2. Talking to Kurds about ‘Identity’

An Australian in Kurdish neighbourhoods

Being different, or how to spot a Kurd in Turkey

Language: ‘ana dil’ or ‘zimanê me’

4. The Kurds and Islam: defying hegemony and the ‘caliphate’

Islam in the Republic of Turkey

The AKP and Islam in the public sphere

‘Toprak’: naming, claiming and relating to the landscape

Victory over ISIS and its aftermath

Kurds in Turkey: a History of Oppression?

Participating in politics: citizenship made manifest

Turning up – again – at the ballot box