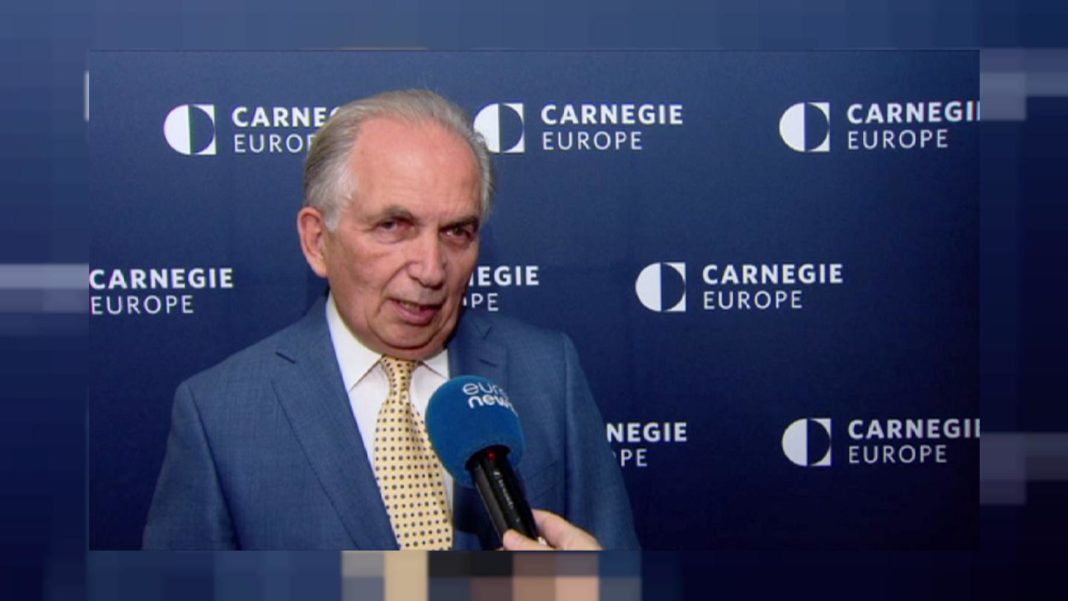 « With twenty months left until Turkey’s legislative and presidential elections, the political debate will be fierce. The West may choose to sit it out rather than see its relationship with Ankara deteriorate even further.«

« In 2019-2020, Turkey’s leadership launched a series of foreign policy and military initiatives. Apart from Azerbaijan’s victory over Armenia, thanks to Ankara’s military support for Baku, the initiatives didn’t yield much.

Instead—from its activities in the Eastern Mediterranean and Libya to the stalemate in Syria’s Idlib province and the attempt to push desperate refugees through the Greek border—Ankara ended up more diplomatically isolated than ever before in the nineteen-year-rule of the Justice and Development Party (AKP).

Thankfully, 2021 has been quieter.

At home, the economy is in tatters, the judiciary is politicized, and the leadership is distancing itself from the United States, the European Union, and the Council of Europe on rule-of-law matters. To top it all off, Russian-made S-400 missile systems have become the bone of contention with NATO and the United States.

Commentaries abound. Some Turkey observers have ventured a simple explanation to this multidimensional chaos: the witnessing of the “end of an era” and a clear transition to a post-Recep Tayyip Erdoğan polity with the next election.

Here is a somewhat different view: Turkey’s future direction depends on its political parties and on its voters. Wishful thinking may not help much, but democratic resilience might be enough if opposition forces behave rationally and voters turn out in numbers.

Leaving aside the end-of-an-era versus more-of-the-same debate, it seems that after the next round of elections, Turkey’s leadership will have to reform four fundamentals: the political architecture, rule of law, the economy, and defense.

Even if the fear of an election loss prompts the leadership to skip the elections, Turkey would still face the same issues.

First, the state of the political architecture.

The people of Turkey take elections seriously and many now doubt the benefits of a super-presidential system. As a result, opposition parties are becoming better organized. Their political debates are now centering on a return to a parliamentary system and how to build a common platform to that end.

So far, electoral polls are consistently showing negative results for the ruling AKP-Nationalist Movement Party (MHP) alliance and for the president himself, leaving them with an unpalatable prospect. The alliance will likely use all available means to thwart the opposition’s efforts, including changing the electoral law and possibly prohibiting the Kurdish-based party Peoples’ Democratic Party (HDP).

Yet, if polls are to be trusted, the ruling alliance’s massive lag behind the opposition cannot be remedied with the kind of marginal arrangements witnessed in earlier ballots, such as closing voting stations for security reasons, opportunistic power outages during vote counting, and outright rejection of fraud complaints filed with the Higher Electoral Council. This time around, the challenge to the leadership is real.

Second is the rule of law issue.

The citizens of Turkey are continuously fed blatant lies—like German and French citizenry queuing up for food—and faced with the vilification of the AKP’s former Gülenist allies and civil society, as is the case with the parody of justice against Osman Kavala.

To Western observers, such behavior is a sign of political weakness. But in an autocracy facing an uncertain future, intimidation remains a very powerful political tool. Turkey’s leadership has so far ignored condemnations from the United States, the EU, and the European Court of Human Rights, of which Turkey is a member.

Independent media reporting and high voters turn-out will matter more than ever before.

The third element is the economy.

Turkey’s economy relies on hard-currency-earning exports, strong tourism, and massive foreign direct investments, all of which require trust in the country’s fiscal and monetary policies as well as rule of law.

Alas, among emerging markets, Turkey is singled out by its leadership’s absurd interest rate policy. It is based on a belief that banks should not charge interest and that low interest rates induce low inflation. This monetary policy, imposed by the head of state as well as the associated revolving-door appointments of central bank governors, undermines the very markets on which the country’s economy depends for its survival and prosperity.

To this incomprehensible state of affairs, one should add the effects of corruption, the policy of “crazy projects”, and the recurrent invocation of conspiracy theories. This results in negative effects on investors and financial markets and increases resentment of the working class about real inflation, massive unemployment, and fake promises.

Getting Turkey out of this absurd situation will be contingent upon the leadership.

Turkey has been used by Russia as a wedge against NATO, ending in a win-win situation for the Kremlin and an impasse for Ankara. The current deadlock on the S-400 missile systems delivered in 2019 is clearly threatening the future of the Turkish Air Force. Additionally, policy statements emanating from the leadership in Ankara show major inconsistencies between a continuation of defense contracts with Russia and additional purchases of U.S.-made aircrafts and equipment.

Turkey’s leadership during the next legislature will have to cope with the obvious fact that the current “have-a-foot-in-both-camps” policy doesn’t produce a stable environment for the country. This ambivalence can either be perpetuated at a high risk or clarified at the price of painful choices.

Muddling through with the current policy also entails perils for NATO, the United States, and the EU as it inevitably results in gains by Russia. A weaker NATO and a weaker EU might seem attractive to Turkey’s current leadership for electoral and personal reasons, but both represent risky avenues for the country’s future.

Faced with much unpredictability, the Western powers are likely to sit on the fence until further notice in order to avoid a further deterioration of the relationship with Ankara.

Taken together, Turkey’s future is saddled with uncertainties and inconsistencies. The political debate ahead of the elections will be fierce. For the first time since 2002, when Erdoğan’s AKP was swept into power, the onus will fall on the country’s political parties and voters. »

Marc Pierini is a visiting scholar at Carnegie Europe, where his research focuses on developments in the Middle East and Turkey from a European perspective.

"Turkey’s President Recep Tayyip Erdogan might be aiming to tighten his grip on the domestic front, taking advantage of Ankara’s rising profile amid the...
Read more
ARTICLE A LA UNE