“Turkey’s Erdogan Crushes Hopes of Reform,Lashes out at akp Veteran” by Amberin Zaman 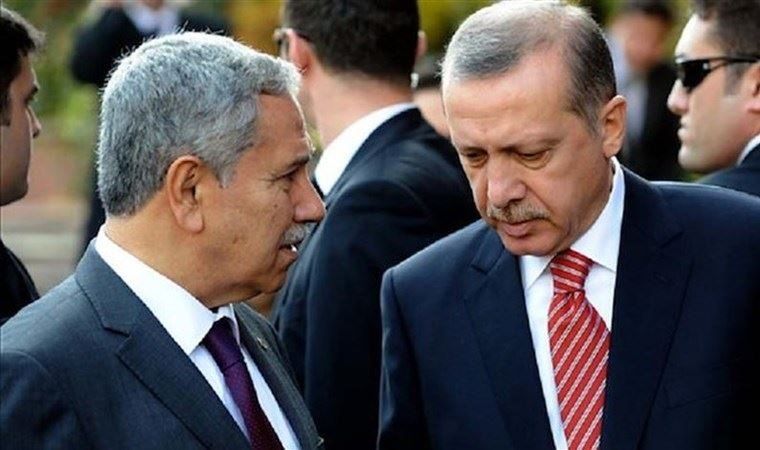 Amberin Zaman’s article is elaborating the “reform” declaration of the President Recep Tayyip Erdoğan which resulted the resign of his comrade Bülent Arınç. You can read her article below:

“In an address before parliament, the president said there “is no Kurdish problem” in Turkey and took aim at fellow AKP member Bulent Arinc over the latter’s comments supporting the release of a jailed Kurdish leader.

Turkish President Recep Tayyip Erdogan dispelled any illusions that he would revert to his old Reformist self, declaring on Wednesday that there “is no Kurdish problem in this country” and lashing out at one of his oldest lieutenants for defending jailed Kurdish leader Selahattin Demirtas.

Addressing members of his ruling Justice and Development Party (AKP) in the parliament, Erdogan used language long espoused by the country’s hawkish generals. “They say there is a Kurdish problem. What Kurdish problem? We solved it,” Erdogan said.

Erdogan defended his government’s record in the mainly Kurdish southeast, boasting of the roads and infrastructure that it had built and of its campaign against the outlawed Kurdistan Workers Party (PKK), which has been waging an armed campaign for Kurdish self-rule since 1984.

He justified the forced ejection of dozens of democratically elected Kurdish mayors on thinly supported charges that they were acting in concert with the PKK. “We came to bring peace, and where there is terror, wherever there is a terrorist, we are here to crush their heads,” he said.

Erdogan also took aim at Bulent Arinc, a founding member of the AKP who served as parliament speaker, among other senior posts, and was a member of the presidency’s High Advisory Council. He said he could see why Turkey’s “sworn enemies” would call for Demirtas’ release, but that he failed to understand why “those who were among us for years would board the same train.”

Arinc, a veteran Islamist who ardently campaigned for the conversion of the Hagia Sophia cathedral in Istanbul into a full-service mosque, heightened hopes of a possible AKP “reset” in remarks Nov. 19 to the private broadcaster Haberturk.

Arinc argued that Osman Kavala, the Turkish philanthropist jailed since October 2017 on outlandish charges of seeking to overthrow the government, ought to be freed. The evidence against him, Arinc observed, was “based solely on suspicion,” and prosecutors’ indictment “might have been written by a child.” He also recommended that viewers read a book penned by Demirtas.

The dovish commentary gave rise to speculation that he was testing the waters on Erdogan’s behalf. Erdogan swiftly put the kibosh on such ideas. Arinc offered his resignation to Erdogan on Nov. 24 after the AKP leader accused him of sparking discord in a diatribe the day before in unison with his informal coalition partner, Devlet Bahceli.

Bahceli, who heads the far-right Nationalist Action Party (MHP), lambasted Arinc’s support for “terrorists” and evoked racist tropes that have long circulated about the AKP veteran that he is ethnically Kurdish and carries Jewish blood.

“I was offended by the advice that everyone read a book written by some terrorist,” Erdogan lamented in his parliamentary address.

Talk of a supposed AKP “reset” was spurred by Erdogan’s pledges for sweeping judicial and economic reforms in the wake of the shocking Nov. 8 resignation of his son-in-law, Finance Minister and heir apparent Berat Albayrak.

Albayrak was apparently sacrificed to restore investor confidence and assuage growing disgruntlement within governing circles over his brash, arrogant style. He’s been scapegoated for the mismanagement of a once booming economy that has seen the Turkish lira shed around a third of its value since the start of the year. A steady drip of leaks implausibly suggests that Erdogan was misled by him into believing all was well, while Albayrak burned through $120 billion worth of Central Bank reserves to prop up the lira.

Turkey’s mounting financial woes have seen the AKP’s fortunes ebb. A recent survey by the Ankara-based Metropoll polling organization indicated that support for the party has dipped to around 28% when undecided voters are not factored in. The same survey showed that 48% of those polled could pay for basic needs such as food and shelter while 25.5% said they couldn’t at all.

With Arinc’s resignation, the image of a party beset by factionalism is growing just as the Erdogan’s family seems to be divided as well. It’s an open secret that the president’s younger son, Bilal, cannot stand Albayrak, who has disappeared from public view ever since he announced he was stepping down via Instagram.

Arinc and fellow old-timers have been campaigning for a return to the AKP’s early glory days when it rammed through the sorts of democratic reforms that shamed the European Union to open now stalled full membership talks with Ankara in 2005.

Fehmi Koru, a prominent commentator, reckons that Erdogan, who after 18 years in power continues to lead his rivals by a hefty gap, could yet alter course. Koru contends, however, that the longer Erdogan waits, the harder it will be to shake off his alliance with Bahceli forged in the wake of the failed 2016 coup.

But others believe that the Reformist AKP is a relic of the past. Yildiray Ogur, a supporter turned critic of Erdogan, noted in a Nov. 25 column for the daily Karar that four years of MHP inspired rhetoric and policies — among them three separate military incursions against the Kurds in Syria, and more recently military assistance to Azerbaijan against Armenia — has steered the AKP base and its ideologues closer to nationalism. “Despite being the junior partner, the MHP’s dominant and tough ideology is drawing more and more members of the AKP, which was founded on a loose ideological framework,” Ogur observed. Erdogan’s embrace of their nationalist rhetoric has accelerated the shift, leaving him little room to walk it back.

Should the AKP base turn against Erdogan for some reason, they would likely defect to the MHP as they did during the 2015 parliamentary elections, robbing the AKP of its majority for the first time. A similar dynamic unfolded in last year’s municipal elections as the Kurds supported an alliance of opposition parties and significant numbers of AKP voters favored the MHP. The AKP lost control of Istanbul and Ankara, another first. “It’s not easy for the party founders to accept, but there is now an [AKP] that is close to Bahceli, not Arinc,” Ogur concluded.

Either way, should Erdogan manage to engineer an economic recovery of sorts, he can probably prolong his political life, while thousands of political prisoners continue to rot in jail. That is what he appears to be banking on. But without the rule of law, investors will only come to reap short term gains, leaving real and sustained recovery out of reach.”